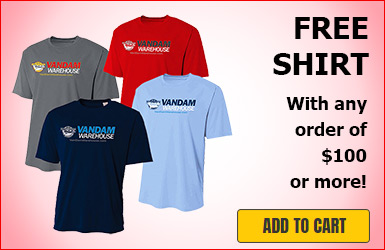 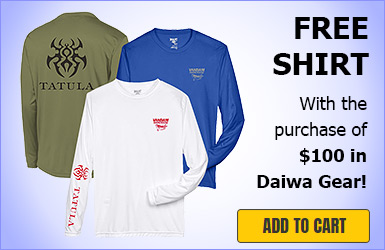 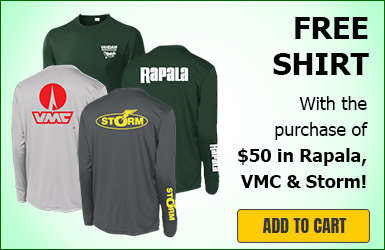 SHIRT MUST BE ADDED TO CART! Offers can be combined.

Introducing the newest version to the Spinbait family, Realis Spinbait 90. Created to match mature bait fish while adding finesse opportunities for tournament anglers who prefer casting gear. That’s correct the Spinbait 90 is yet another finesse lure created for the bait casting angler.

Like its cousin, Spinbait 80 G-Fix, the 90 has excellent trajectory and built-in multi-directional actions and still possesses a compact profile with low-coefficient air and water drag.

Designer, Mr. Adachi is known for his impeccable work with Spinbait80 versions. The Spinbait 90 has an increased flat and taller lateral line area to increase more flashing effect used in the bait’s trademark rolling action. The internal structural frame of the 90 was designed to sustain the crushing blows from larger predatory fish.

On the professional tour, its utility is being extended. Bass pros are using it as a sub-surfacing tool on schooling fish. 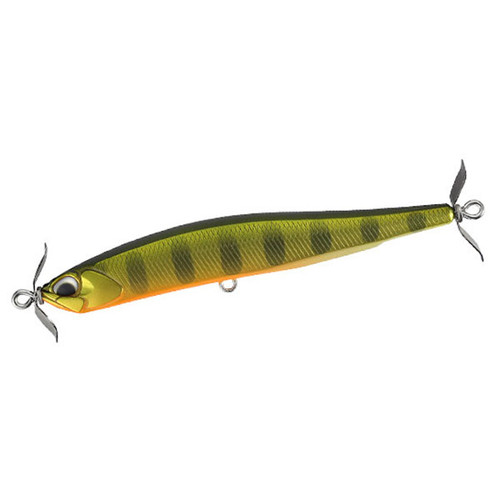