If any artificial lure can mimic a baitfish better than the original Slug-Go, it's got to be the Fin-S Fish, with its thinner, deeper-bodied profile and forked tail. The Fin-S Fish has been part of the Lunker City line up since the mid-eighties. In recent years, its fish catching abilities and its popularity with anglers have prompted a number of manufacturers to blatantly copy the Fin-S Fish — but none of the copies can come close to matching Lunker City's original in fish catching action or in color patterns that capture the appearance of various baitfish species.

Fish it on an offset-shank hook — "soft-stick-style" — unweighted or with an Insert Weight to take its dying-baitfish action deeper into the fish's world. Use it on a Carolina or split shot rig. However you choose to fish it, the Fin-S Fish will quickly prove to be one of the most valuable additions to your tackle box!

The 4" Lunker City Fin-S Fish is a favorite of bass, walleye, redfish and sea trout (weakfish) anglers. Made in the USA. 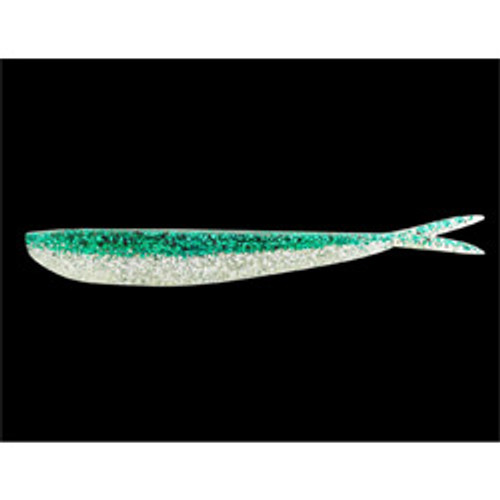