The new 3.38” Rage Bug will become so important to avid anglers because it can put fish in the boat in so many different situations. The man who understand this bait’s versatility better than anyone is Texas pro Todd Castledine. “The Rage Bug is the most versatile bait out there. I cast it. I pitch it. I use it as a trailer on a structure jig,” said Castledine. “It’s thin body allows easy penetration with a worm hook, so I use it Texas-rigged a lot. I will put it on the back of a Strike King Thunder Cricket. In shallow vegetation, I even fish it as a top water, because its flat profile makes it such a deadly wake bait.” The 3.38” Rage Bug, like the original and Magnum, is a remarkable soft plastic for pitching around cover and punching mats. The four appendages create an unmatched action. “There are occasions when it pays to downsize that Rage Bug a bit. A lot of times when you downsize a bait, you tend to lose a little of that action that you were going for. But this 3.38” deal really sizzles down there,” said Hackney. 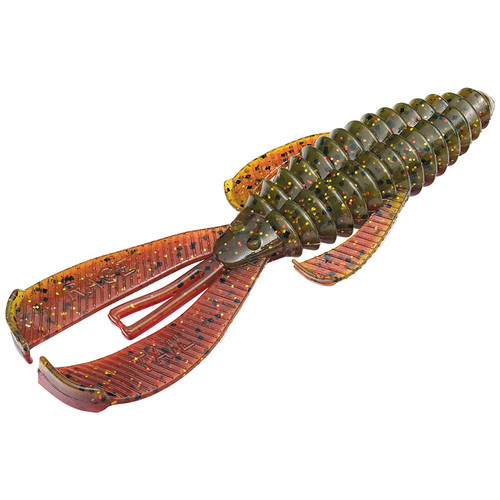